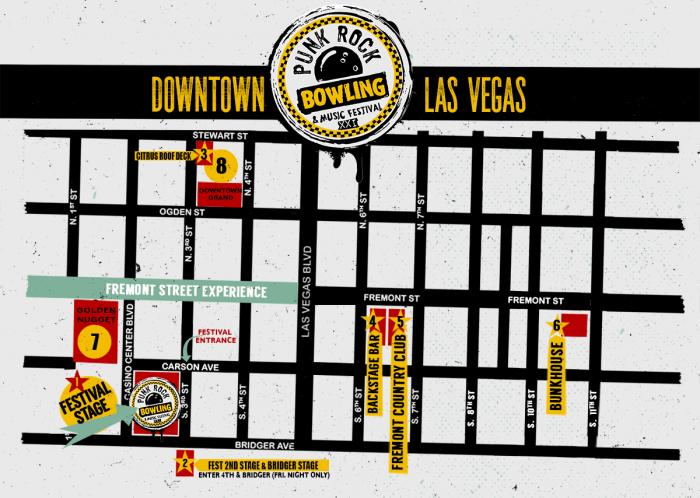 The festival site, hotels and clubs are all within blocks of each other, no more than a 5-10 minute walk.