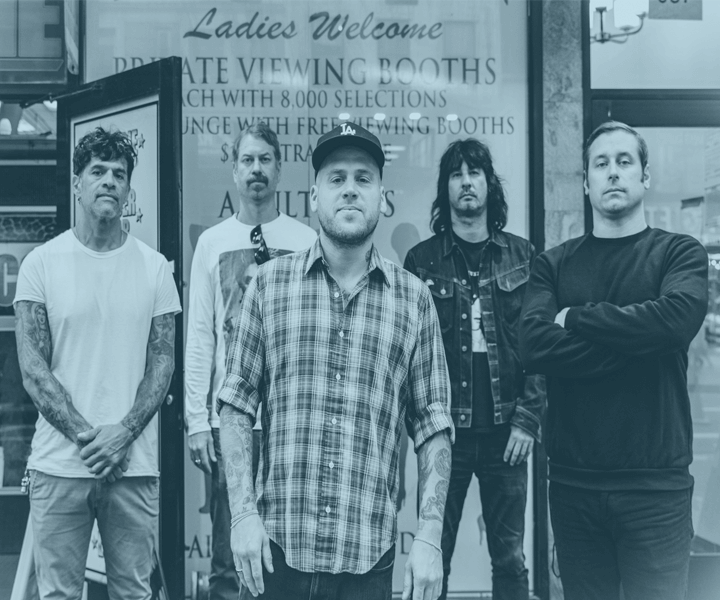 Over Fifteen years ago, The Bronx appeared in a storm of attack-mode guitars, apocalyptic rhythms, screaming aggression and sneering disdain for the status quo. In 2017, as The Bronx resurface with their fifth eponymous album (and first in four years), the Los Angeles-based quintet has lost none its pugnacity. “The Bronx V,” as it is destined to be known, is as hard-hitting, confrontational and relevant as ever. And while it may or may not sound more grown-up than their vein-bulging early releases, they will not apologize either way. “It has the angst and social commentary that has characterized us from the beginning,” guitarist Joby J. Ford says, “only now the angst is aimed at more than just superficial things and the social commentary is directed at more than just people who like different music than us.” Says singer Matt Caughthran: “We still have a lot to prove to ourselves.” Coming from a band that has persevered for a decade and a half, that sounds outlandish. Moreover, they’ve led dual lives for the past eight years, maintaining an alter ego as Mariachi El Bronx that as is as true to that form of music as their hardcore is to the punk ethos. Prove themselves? Yes, that’s the way the Los Angeles-based quintet thinks and works.