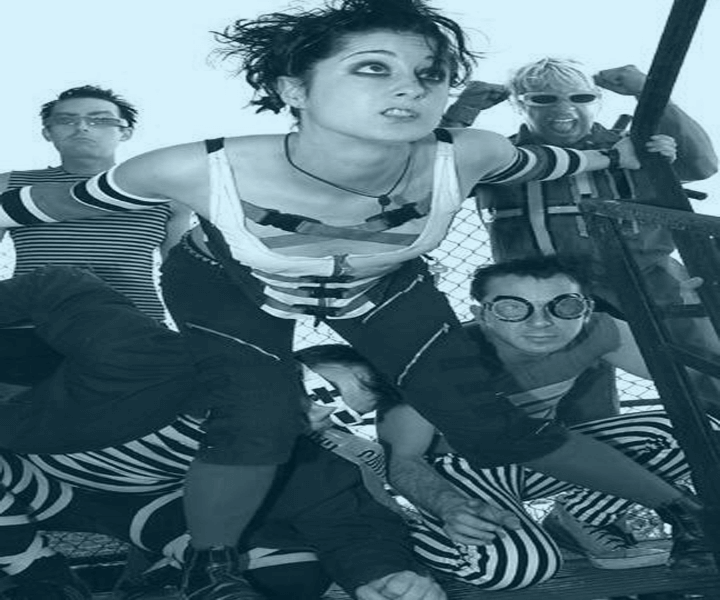 Portland, Oregon is a place forsaken by civilized man. A hellish wasteland of burned out buildings overturned cars and detritus of a world gone mad. It is remarkable that humans can survive in such a place and it is truly extraordinary that five renegade scavengers could emerge from this forgotten land to transform the very face of music.

And yet, in the year 2000, The Epoxies burst savagely forth. Clad in the very refuse that surrounded, and, some would say, defined them. This band of castaway mutants arose to renew the once-great music scene of the Northwest, and in so doing, gave hope to cyborgs and subhumans everywhere.

The Epoxies ventured into the world of recorded media with a 7″ on the dynamic Northwest punk label, Dirtnap Records. The record sold out in no time, as did their self-titled debut full length, which went on to sell 20,000 copies. Much of the success could be attributed to their hyperstimulating live show and furious tour schedule.

Accustomed to roaming the wastes, The Epoxies took easily to life on the road. Scavenging ceaselessly across the U.S. In addition to their own endless touring.

But what of the “music”?

The Epoxies possess both the stylized veneer of new wave and the edgy sneer of early punk. They are however, by no means a time capsule. This band is fierce, refreshing, and unlike the slew of new wave revivalists and punk rock throwbacks that have surfaced over the years. They incorporate synthesized laser whines, automaton yodeling, buzzsaw guitars, and an aggressive beat into a sound entirely their own.