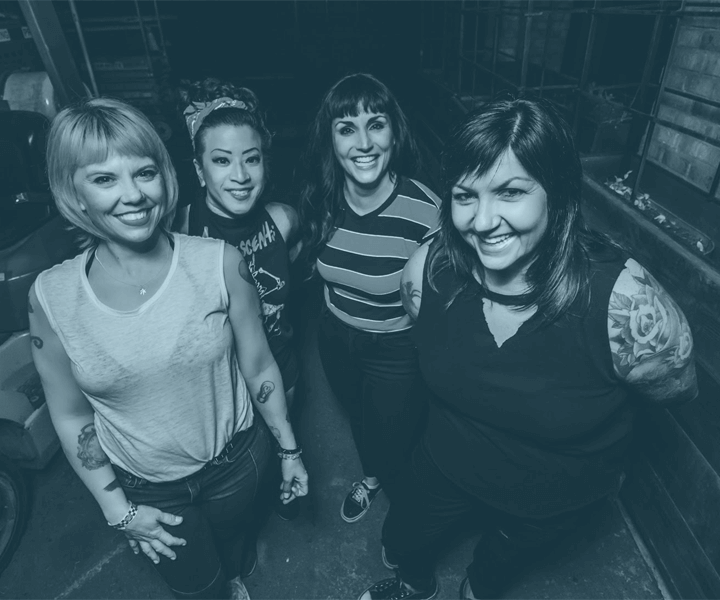 It’s been a hectic couple of years since Los Angeles punk quartet Bad Cop/Bad Cop dropped their debut full-length, Not Sorry. The band spent a huge chunk of the intervening time on the road, like most bands do—and they wound up discovering some ugly things about themselves, like most bands do. Only for Bad Cop/Bad Cop, it got very serious, very quickly. “We were on the Fat Wreck Chords 25th anniversary tour in 2015, and Stacey was partying really hard,” says co-vocalist Jennie Cotterill. “She ended up bottoming out on the tour, and we had to leave. It was not a good separation. We had to go home and drop off the tour and figure out if we were still a band, what are we going to do about Stacey… Thankfully, Fat helped send her to detox, and she came out of that as a completely new person with a totally different trajectory. Before that, she was demonically possessed. She was destroying everything around her.” Out of that experience came “Amputations,” one of the highlights on Bad Cop/Bad Cop’s explosive second album, Warriors. The song is a slower, bigger sing-along than anything else in the band’s growing catalog, and it’s about the only thing not at a breakneck pace on the record.