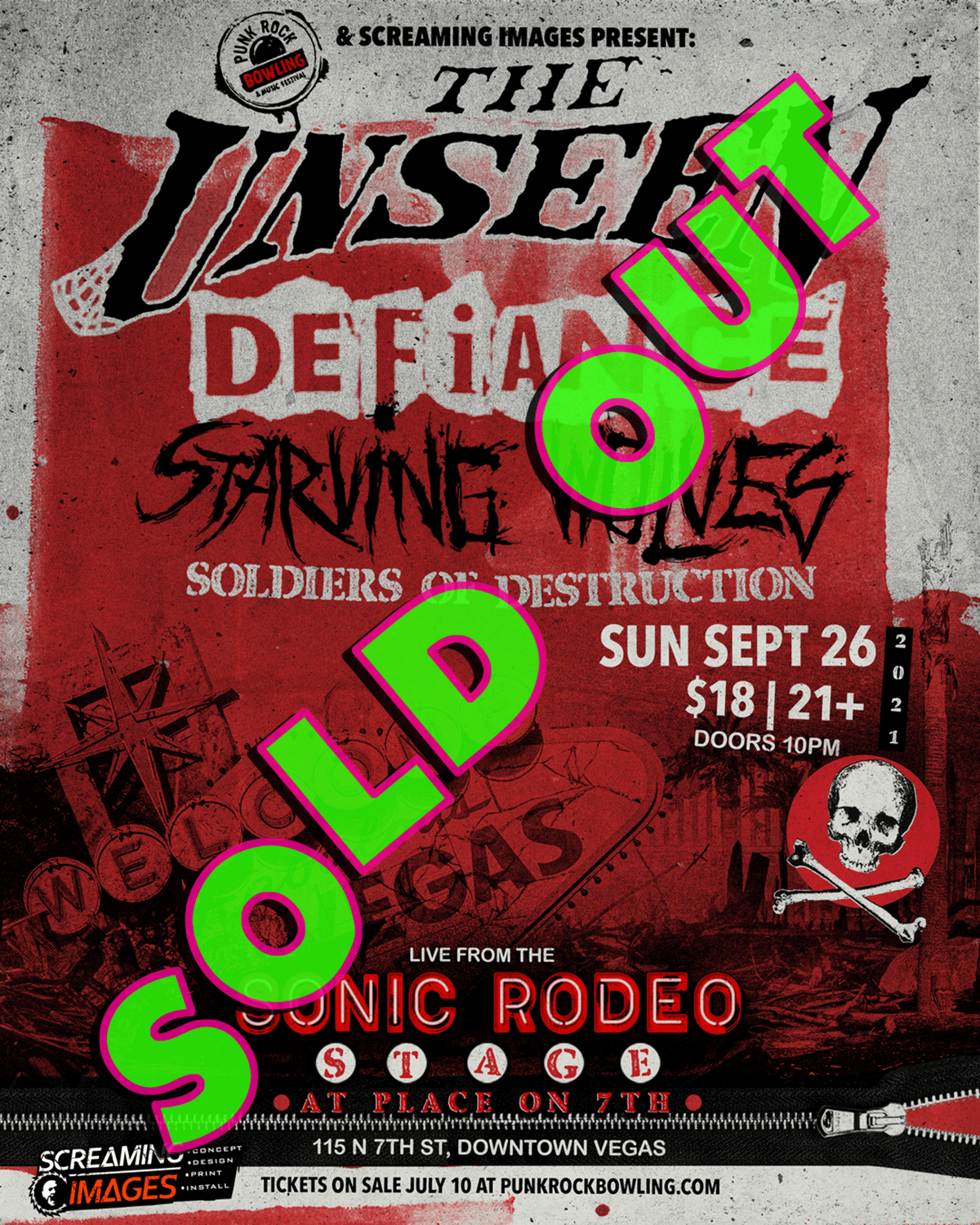 LIVE FROM THE SONIC RODEO STAGE AT PLACE ON 7TH :

We want some Anger and we need some Truth.. The Unseen out of Boston don’t play very often, but they tend to make an exception when the Sterns hit them up! Don’t miss this rare appearance by our BYO brothers!

Formed Out of the Ashes from some of the most notorious late 80’s Oregon bands (Deprived, Resist and Unamused) emerged anarcho street punks, Defiance. They hit the stage and they mean business playing hits from No Hope No Future, Out of the Ashes and some of their other great albums.

Starving Wolves are comprised of a dirty laundry list of Punks that play for a load of sick bands like The Casualties, Krum Bums, the Bad Engrish, and The Ghouls! These Austinites know how to put on an intense show you’ll be kicking yourself in the arse if you miss!

Soldiers of Destruction (formed in London in 1981, transplanted to Vegas) will be making their PRB debut this year! Get ready with Morat and the boys for some self-described “horrible Punk racket”. It’s rubbish and we love it!

*The following 3 Day Passes include a Code for the After Parties Presale:
ALL VIP 3 Day Passes
Tiers 1, 2 and 3 – 3 Day GA Passes (your ticket will state what “tier” you have)
Select Tier 4** 3 Day passes **Applies only to those that received an email from SeeTickets on May 29, 2020 stating that “we have granted you a code”**

Your unique ticket barcode number is your promo code and access to the presale.

We will be sending out an email to ticket purchasers that have After Party Presale Access with more information when it gets closer to the on sale date of July 10.

If you purchased a 3 Day GA Pass ON OR AFTER 6/1/2020, OR if you have a 3 day pass that states “NO After Party Presale Promo Code Included” then that ticket does not include a Presale code.

Single day tickets do not include Presale Access codes!

THE GOOD NEWS for people without the presale access: the After Parties rarely sell out during the presale so as long as you’re on your A game, you should still have a chance to get the tickets you’re hoping for during the public sale!